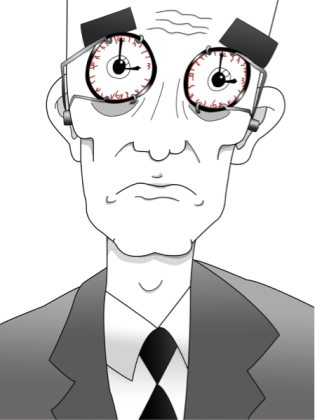 Man has always sought to find new ways of time saving. The most important technological discoveries (horse, ships, cars, trains, plains, assembly line), although addressing efficiency of transportation and production, were really about efficient usage of time. The most recent technological innovations were the key to the question of how to fuse different times, productivity, leisure, consumption and family — Television, TV dinners, microwave, fast food, Las Vegas wedding, smart phones, the internet, and virtual reality all enhance possibilities of multitasking and, as such, affect directly the way we manage our time, so that one can both work and consume away from the workplace or the shopping mall. These inventions blurred the boundaries between work and private life and outlined a new age of biopolitics and bioderegulation with novel narrative frameworks.

From rational perspective life is simple. Work is a paid activity performed on behalf of a third person, to achieve goals we have not chosen for ourselves, according to the procedures and schedules laid down by the persons paying our wages*. Labor time is unfree time, imposed upon the individual (originally even by force) to the benefit of alien (tautological) end. Since the first days of industrial age, the compromise according to which workers allocate some of their time to work in order to enjoy their free time, is perfectly rational. Seen by the capital, on the other hand, free time is empty and useless time. Economic rationality demands that any constraint which presents an obstacle to capital accumulation be removed. The end result is austerity of free time – free time should be minimized or austerely rationed. As a result of rationality of both sides, the employer and the employee (capital and labor) stand in direct opposition to each other when it comes to time and this defines their basic antagonism whose unfolding is seeing a new chapter in the tech era.

The most powerful technological forces have profoundly changed our experience of time and transformed the way we spend it. They have established a new normative model in the culture of the entrepreneurship of the self, which has become standard in the western world, where there is pressure to be constantly present and engaged. Not being switched on means falling behind, being out of step and thus losing a competitive edge. “In that paradigm, sleeping is for losers.”

Bioderegulation and the scandal of sleep: The Brave New World recomposed

Unlike other irreducible activities, which have been successfully commoditized, sleep has stood as the last frontier resisting the colonization by engine of profitability. “The troubling reality is that nothing of value can be extracted from it. Sleep sticks out as an irrational and intolerable affirmation that there might be limits to the compatibility of living beings with the allegedly irresistible forces of modernization, whose credo is that there are no unalterable givens of nature.’’ [1]

As Jonathan Crary points out, this discontent with sleep, and its resistance to colonization, is condensed in the concept of the sleep mode of electronic devices, which defines a state of low-power readiness implying really not sleep as an extended disengagement, but a deferred or diminished condition of operationality. It supersedes an off/on logic because nothing should ever be fundamentally off.

“Sleep cannot be eliminated, but it can be wrecked”, and efforts to accomplish this wreckage are fully in place. Scientific research on sleep is an unusually active playground, attracting considerable attention and funding. One example is the study of white crowned sparrows which during their migration along the West coast show unusual capacity for staying awake for as long as seven days[1]. This ability makes them a particularly interesting subject for the army — despite considerable technological progress, the need for human solders will never go away and a benefit of engineering a sleepless solder, who could engage in combat for unspecified duration of time while maintaining alertness, is obvious.

As with other inventions that spread from military to civilian life—for instance penicillin, microwaves, nylon—the next logical step would be to produce sleepless workers and sleepless consumers. And while this transformation from crown sparrow to sleepless soldiers to sleepless workers and consumers might not have immediate dystopian repercussions, it outlines a trend which enhances the idea of human disposability. After all upgrading someone to a more efficient version is an implicit recognition that their earlier version was less valuable. The images of a society where these trends are fully developed, however, are deeply unsettling.

We live surprise results of the old plans

It is difficult to find a flaw in Virilio’s concise explanation of causality. Its power lies in the fact that it can be applied to almost any context. When it comes to the tyranny of work, it exposes the ultimate dialectics of rationality and its logical transformation path (from sublime to excremental). Rationality, when set free and unchecked, demands removal of any obstacle to profit maximization. Coupled with efficiency, which is raised to the level of exact science, and pushed to the extremes, it mutates into systematic devastation of everything that does not submit to the profit of the strongest. In the final stage of transformation of the post-Fordist (attention) economy workers no longer behave rationally. Instead of working for living, they live for work – their work no longer serves to subsidize the enjoyment of their free time, but they use their free time to become more productive workers.

In other words — and this is the corollary Virilio draws — excess rationality leads to irrational outcomes and a culture that is based on rationality must experience a deep crisis when it becomes irrational.

Diachronic extension of the progress/disaster counterpoint places our present at an uncomfortable historical point: If the 20th century was the century of great inventions, then the 21st century has to be the century of disasters [2]. This is the predicament of the new century — we are living surprise results of the old plans.

This historical inflection point of the present reality is eloquently illustrated by the contrast between the futuristic dystopian fiction of the early 20th century and the current new wave of dystopian non-fiction. For 20th century futurists, dystopia was placed in a distant future (the shipwreck is the futurist invention of the ship [2]). In contrast, the new wave of dystopian literature is not a fiction. The topic is no longer the visions of a distant future, but rather a dystopian present without a future: We are shipwrecked in the endless deteriorating present.

And inability to produce a convincing image of the future causes an implosion of the present. So, behind the current economic crisis lies a crisis of time. Time no longer flows freely. It has come to a stop. If this trend continues, it is not difficult to imagine a future where sleep will have to be bought like bottled water.